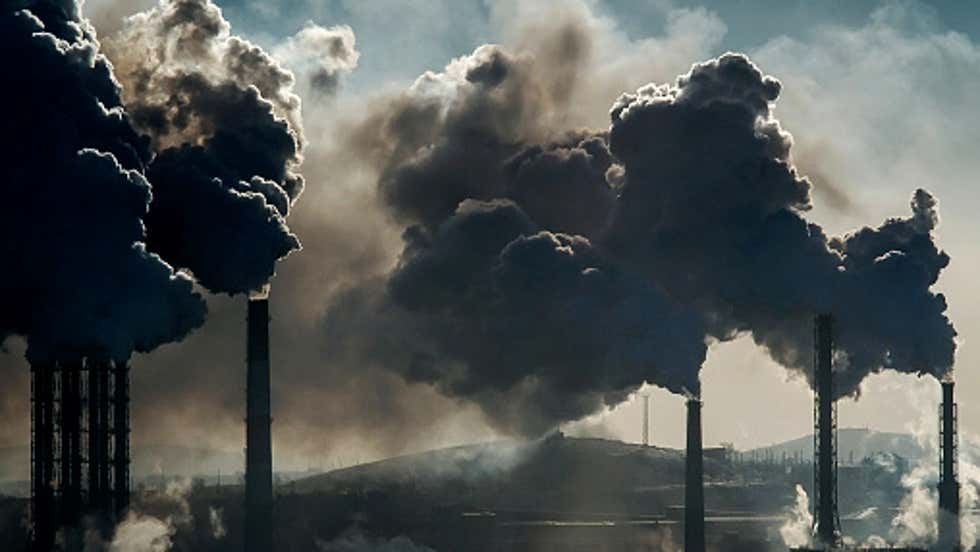 “We’re f**ked in Rivers State: 1AM today, everywhere was hazy as I stood on my balcony. I switched on my torch – the haze wasn’t harmattan – pure soot. I kid you not. It wasn’t optical illusion. It was an evil of the night. Below is what I cleaned from my nostrils this morning.” 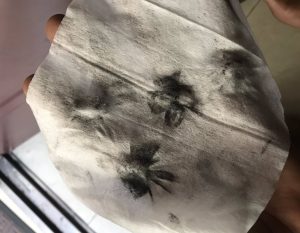 That was the tweet from a Twitter user with the handle @Paperboy8k who resides in Rivers State. No sooner had he tweeted than replies started flooding in from people who were facing a similar fate.

One of the replies from Kingsley Adindu (@kingadindu), read, “After 6 long years? They are all fully aware and have done nothing. For the citizens, it’s either you leave the state or remain. Those are the life-saving options available, at least for now. The FG is looking the other way and allowing the crime thrive to allow O&G smooth ops.”

Sadly, that is the reality of many inhabitants of Rivers State, a state where the life expectancy is just a little above 40 years — a cumulative effect of pollution on health.

Port Harcourt, the commercial hub of the state as well as its capital, is one of Nigeria’s busiest cities and the center of the country’s petroleum industry.

Soot competes with fresh air for dominance, gas flares literally illuminate the skies at night, and about half the region that used to comprise mangrove forests, swamps, and creeks, is now covered with oil spills, making it the most polluted city in Nigeria.

However, this environmental pollution does not only occur in Rivers. Oil-producing states like Bayelsa, Delta, and Akwa Ibom also bear the brunt of the pollution from these multinational oil companies.

Shell alone accounts for over 6,000 kilometers (3,700 miles) of oil pipelines and over 1,000 oil-producing wells. Multiply this by the other oil companies. Do you see the problem now?

Oil and gas exploration has far-reaching environmental and health effects on these communities than any compensation they could and would ever receive for the damages caused — from polluted drinking water sources to decreasing marine species as a result of polluted marine ecology caused by oil spills to damaged farms. What about health?

These communities are at risk of contracting chronic obstructive pulmonary diseases like pneumonia, bronchitis, and emphysema from air pollution, especially soot. Vulnerable people like young children, the elderly, those with compromised immune systems or preexisting conditions, and pregnant mothers are particularly at risk.

Some particles are so minute that they can find their way into bloodstreams and various organ systems, causing disruption to the reproductive system, kidneys, and liver. There is just so much that the affected communities have to lose at the enrichment of these multinationals.

Efforts to get justice for the environmental impact of oil and gas exploration activities by these multinationals have been largely unfruitful. An example is the Ogoni region in Rivers State where thick oil covers the ground as a result of oil exploration by oil companies.

A 2011 study by the United Nations Environment Programme (UNEP) found that, at least, $1 billion was needed to repair the damage caused by decades of crude production in Ogoni land.

The people of Ogoni land have been demanding compensation for the environmental damage caused by oil spills in the region and both the government and Shell have not fulfilled their commitments to clean up the area neither have they fulfilled the emergency measures recommended by UNEP nor been transparent nor accountable for their failed efforts.

Oil is fast losing its importance and with the global and national commitments and efforts to cut down fossil fuel to mitigate the climate crisis, the affected communities may never get the justice they deserve. This is because the oil companies will “close shop” and leave them to their fate. No cleanup, no compensation, nothing.

It is high time the Nigerian government started holding these multinational oil companies accountable, starting with the pending cases seeking compensation for the affected communities.

While the government seeks to phase out fossil fuel as part of its commitment to the global emissions target to mitigate climate change (which will take a long while if we might add), they can also start placing emission caps and either fining them or closing their plants if they exceed the limit for pollutive output. They can also ensure that any spill detected is immediately cleaned up and close the plant if they fail to comply.

The Nigerian government should not allow the people to suffer for the selfish interests of these multinationals. The time to act is now. 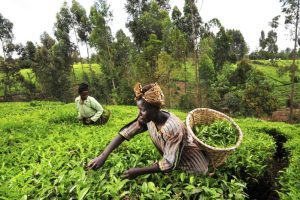 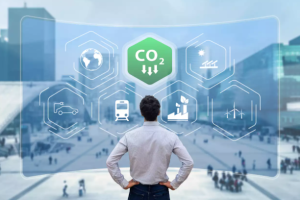 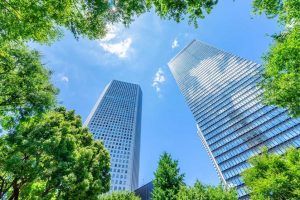 #ClimateJusticeThursday: Ensuring a just transition for all
Why corporates in Africa must step up to the climate crisis