A quick exploration of geothermal energy in the African context

A quick exploration of geothermal energy in the African context

With technological advancement comes improvement in man’s effort to discover cleaner, renewable and sustainable energy. Although hydropower energy still maintains its position as the most used form of renewable power source in the world,. still other sources of clean energy such as solar, wind, tidal and geothermal energy are gaining more and more popularity. In this piece, we will consider the great energy potential that geothermal heat represents.

Geothermal energy is heat within the earth. This energy is renewable since the heat will continually be produced deep in the heart of the earth. It is a source of energy that many countries particularly in Africa are striving to tap into. Due to their location and temperature, countries in Africa are beginning to leverage geothermal heat to address their lack of energy access.

A vibrant source of energy

It has been established that geothermal comes from within the earth, it is recorded that the temperature of the earth’s core is about 10,800 degrees Fahrenheit, this is as hot as the surface of the sun.
In Africa, geothermal has been discovered in the geologically active area of the Great Rift Valley, this valley extends from Djibouti to Mozambique and it is known to have 30 active volcanoes and uncountable hot springs.

The plants that convert thermal energy into mechanical energy and then to electrical energy are binary plants, dry steam, and flash plants. Binary is the most common among these three as it can exploit low temperatures and do not release geothermal fluids or cause environmental hazards making them preferable.

Geothermal energy in the African context

Geothermal energy is a renewable source of energy that can supply sustainable power using a natural resource from Earth. This energy is generated and stored in the earth, it is then captured through hot water springs and reservoirs which are located near the surface. Heat derived from this hot water can be converted into electricity through what is called electromagnetic induction. This energy source does not depend on the weather to supply electricity thereby making it reliable and sustainable.

One report says that Kenya is currently the largest geothermal energy-producing country in Africa, having derived 40% of its power generation from geothermal heat. Also, the East African country has harnessed its geothermal energy capabilities which is generating an estimate of 630 MW with almost 400 MW of the production coming online since 2014.

Taking a cue from Kenya, Ethiopia is currently harnessing its geothermal potential with other African countries like Burundi, Zambia, and Uganda also operating small-scale geothermal plants.

The world is in dire need to protect the planet from climate change. To this end, international organizations continue to call for more use of renewable energy to stem the effects of climate change. Beyond being one of the various renewable energy options, geothermal energy is environmentally friendly, durable, and long-lasting due to the fact that it is not exposed to elements outside.

While the process of drilling and converting heat into electricity may be a costly undertaking, geothermal energy can help the energy demands of millions of people in Africa. More so, its use alongside other renewables can wean off Africa’s heavy reliance on fossil fuels. 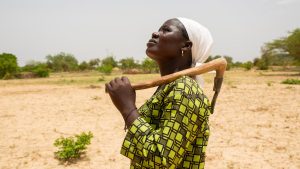